On the weekend of 1-3 February 2019, 61 Members of Parliament from 22 different EU member states came together in Rome to listen, discuss and collect a variety of national perspectives on the state of and challenges to the current political system and the EU, addressing the question “Europe: Is the system broken?”

Across the continent, political players in Europe share a deep sense of unease at the current state of our political systems, both at home and at the EU level. Voters increasingly feel that the status quo is failing to deliver. In this time of political turmoil, we ask critically – is our political system fit for purpose? Is the current system the best we can do? Or is the system broken?

At the 6th Mercator European Dialogue, Members of Parliament from a variety of member states such as Greece, Spain, Germany, France, Poland and Sweden from all ends of the political party spectrum gathered for an interparliamentary open dialogue to explore the cracks within the European system, better understand drivers of disintegration and dissatisfaction as well as reflect upon what keeps societies together.

Guided by the input of high-level experts such as Nik Gowing (Author of “Thinking the Unthinkable”) and Ivan Krastev (Centre for Liberal Strategies, Sofia), the weekend was used to create a space for bringing together different national perspectives on rising public expectations, the speed of change and the implications for democracy and leadership facing such changes.

Despite a lack of consensus on the European (and national) political systems being broken, there was a general understanding of the untenability of the current status quo. Members of Parliament seek new ways forward and are open to explore system fixes for more fit-for-purpose democratic governance solutions: particularly appealing are the insights into experimental policymaking, new forms of leadership and participatory political processes.

The 6th MED gave “a greater urgency to review my every day mechanisms for communicating and engaging with my electorate. Disengagement is dangerous for democracy and we all have to do better” – MP, member of the Mercator European Dialogue, 3 February 2019

To see the agenda and other material visit the event linked below. 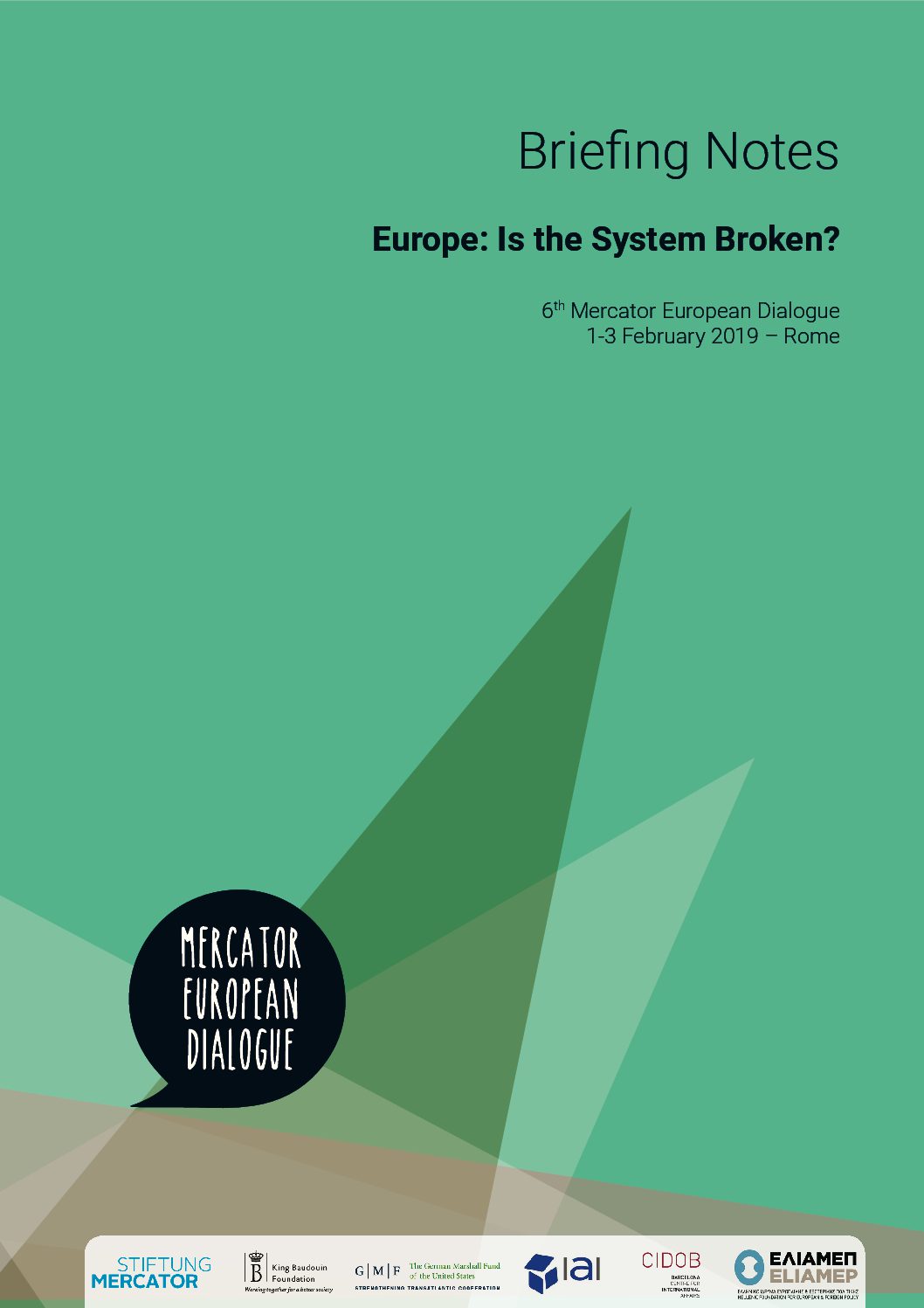 For years, political discourse has been gradually heating up over European affairs. Are claims of the system being broken justified, or are they a taken-for-granted reflection of healthy political pluralism and skepticism?
Download PDF 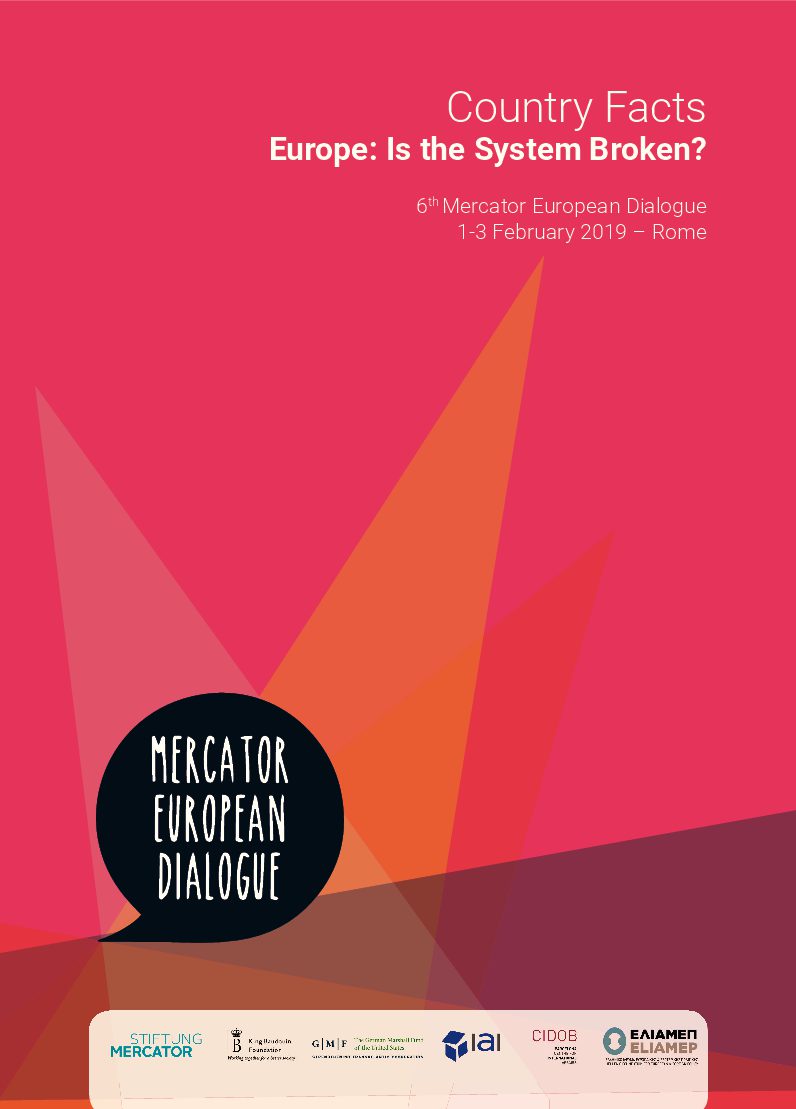 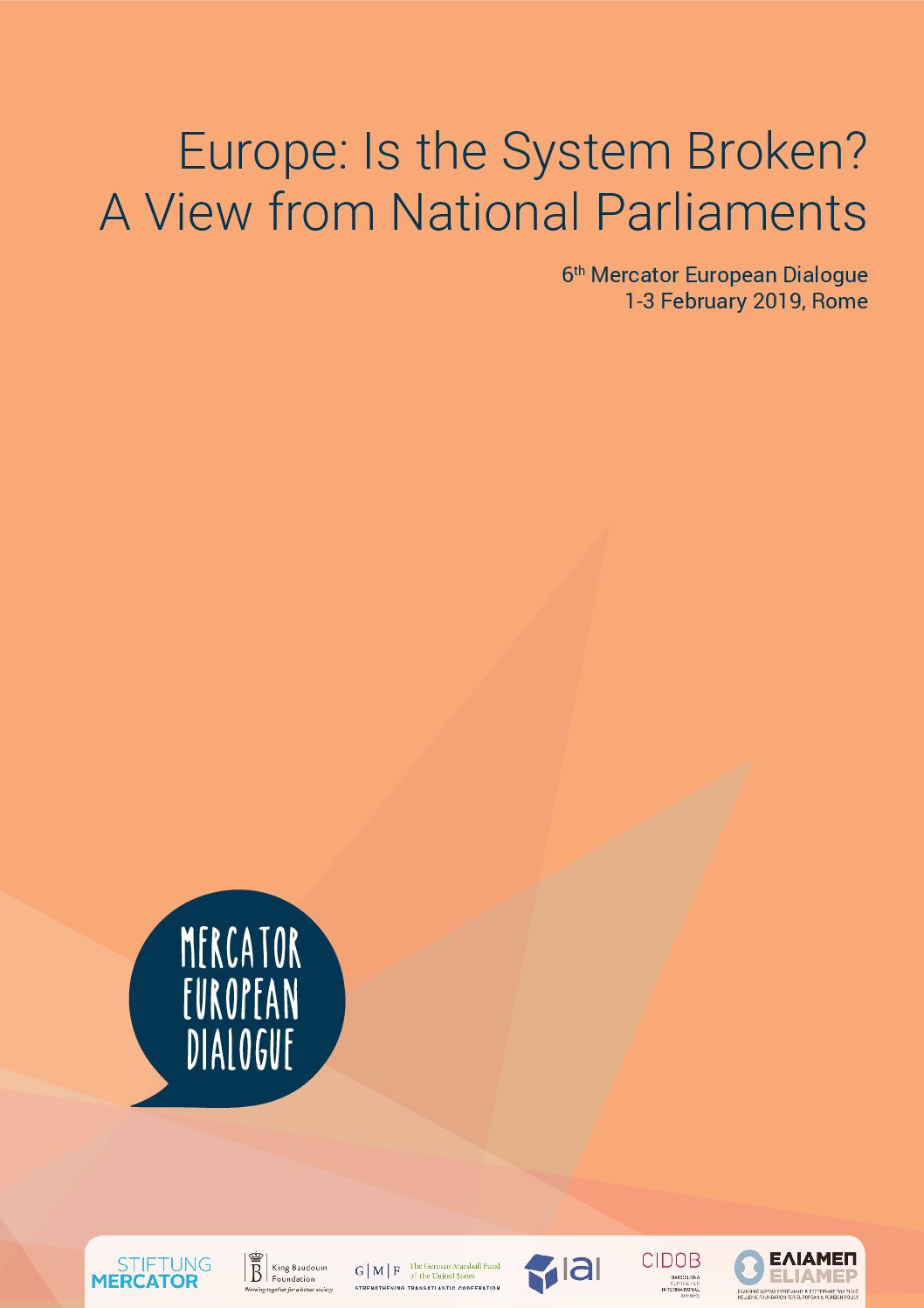 Up against challenges that are symptomatic of system failure, like broken institutions, economic malfunctions, and mass distrust, MPs come together to answer an important question: how do we keep societies together in times of disruption?
Download PDF
BECOME A PART OF OUR NETWORK.
If you are a member of parliament in Europe and are interested in joining our network, please fill out this form and we will get back to you.
Please fill in all required fields.
We use cookies on our website to give you the most relevant experience by remembering your preferences and repeat visits. By continuing, you consent to the use of cookies.
OK
Manage consent