On the 6-7 December 2019, the Mercator European Dialogue brought together 23 Members of National Parliaments from 13 different EU countries in Vienna to discuss the relations between the EU and the Western Balkans.

In recent years, the debate on EU enlargement in the Western Balkans has become contentious. Discussions over whether more countries should be granted accession has broken out among the EU institutions, but also between EU Member States.

On 6-7 December 2019, on the initiative of two Mercator European Dialogue members – Carmen Jeitler-Cincelli (Austrian People Party, Austria) and Ágnes Vadai (Democratic Coalition, Hungary) – members of parliaments from thirteen countries, including Austria, France, Poland, Greece, Hungary, Slovenia and all Western Balkan states gathered in Vienna to discuss their concerns, exchange perspectives and talk about one the most crucial policy challenges of the European integration process. This MP-led initiative was co-organized by the Hellenic Foundation for European and Foreign Policy (ELIAMEP).

Four experts provided insights into the state of the EU-Western Balkan relations. We started the day with a comprehensive historical framing provided by Ivan Vejvoda, Permanent Fellow at The Institute for Human Sciences and former Senior Vice President at the German Marshall Fund of the United States in Washington. We then moved to analyze the state of affairs in Western Balkan countries with Florian Bieber, Coordinator of the BiEPAG and Professor of Southeast European History and Politics and Director of the Centre for Southeast European Studies at the University of Graz. Then, we explored perspectives and institutional challenges from an EU angle with Corina Stratulat, Senior Policy Analyst at the European Policy Centre. In the afternoon, all participants worked together on potential areas of cooperation, supported by Ioannis Armakolas, Senior Research Fellow at the Hellenic Foundation for European and Foreign Policy who brought to the table both his experience as an analyst of Greek foreign policy and his research position on Balkan studies at the University of Macedonia.

The areas of focus that received more attention during the workshop were the following:

The feedback from parliamentarians confirmed a strong momentum for informal and non-institutional exchanges to promote collaboration between EU Member States and the Western Balkans:

“I didn’t have an awareness before coming here. After the meeting, I understood some things I didn’t understand before.”

“This initiative gave us the opportunity to realize we have more in common that we thought. It made us feel more committed to attain the goal of a more integrated Europe.”

“I was already very interested in the topic, but I got new information and met new people, who want to work together on concrete proposals.”

“The initiative opened new opportunities to improve cooperation between parliamentarians from the European Union and Western Balkans.” 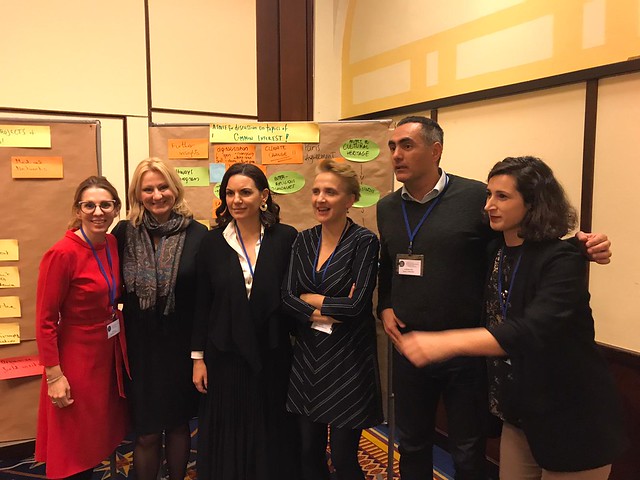 Special Event
Mercator European Dialogue x Western Balkans
Read more
BECOME A PART OF OUR NETWORK.
If you are a member of parliament in Europe and are interested in joining our network, please fill out this form and we will get back to you.
Please fill in all required fields.
We use cookies on our website to give you the most relevant experience by remembering your preferences and repeat visits. By continuing, you consent to the use of cookies.
OK
Manage consent