Why Did Italy Fall Out of Love with Europe?

New MED publication sheds light on the rocky relationship between Italy and the European Union.

As a founding member of the European Communities, for decades, Italy has been an integral part of the pro-European and integrationist force that culminated in the creation of the European Union in the 90s. Yet, in recent years the country underwent a full swing from one of Europe’s most pro-European strongholds to one of its most fervent critics. Successive crises, such as the 2008 financial breakdown and the migratory pressure since 2015, have left many Italians in doubt about the EU’s capacity to find effective policy solutions for the acute problems they face. Furthermore, it seems that the EU’s sometimes lukewarm, sometimes harsh policy reactions have called into question the existence of a European solidarity. Understanding the root causes of Italy’s discontent with the EU may help other Member States and their MPs avoid a similar swing towards anti-EU sentiment. In this publication, Dr. Rosa Balfour and Lorenzo Robustelli examine Italy’s pro-European past, find reasons for the country’s recent turnaround in EU support and offer an outlook on the potential negative repercussions for the future of the EU.

Photo: “Italy and Europe” by www.davidbaxendale.com is licensed under CC BY-ND 2.0 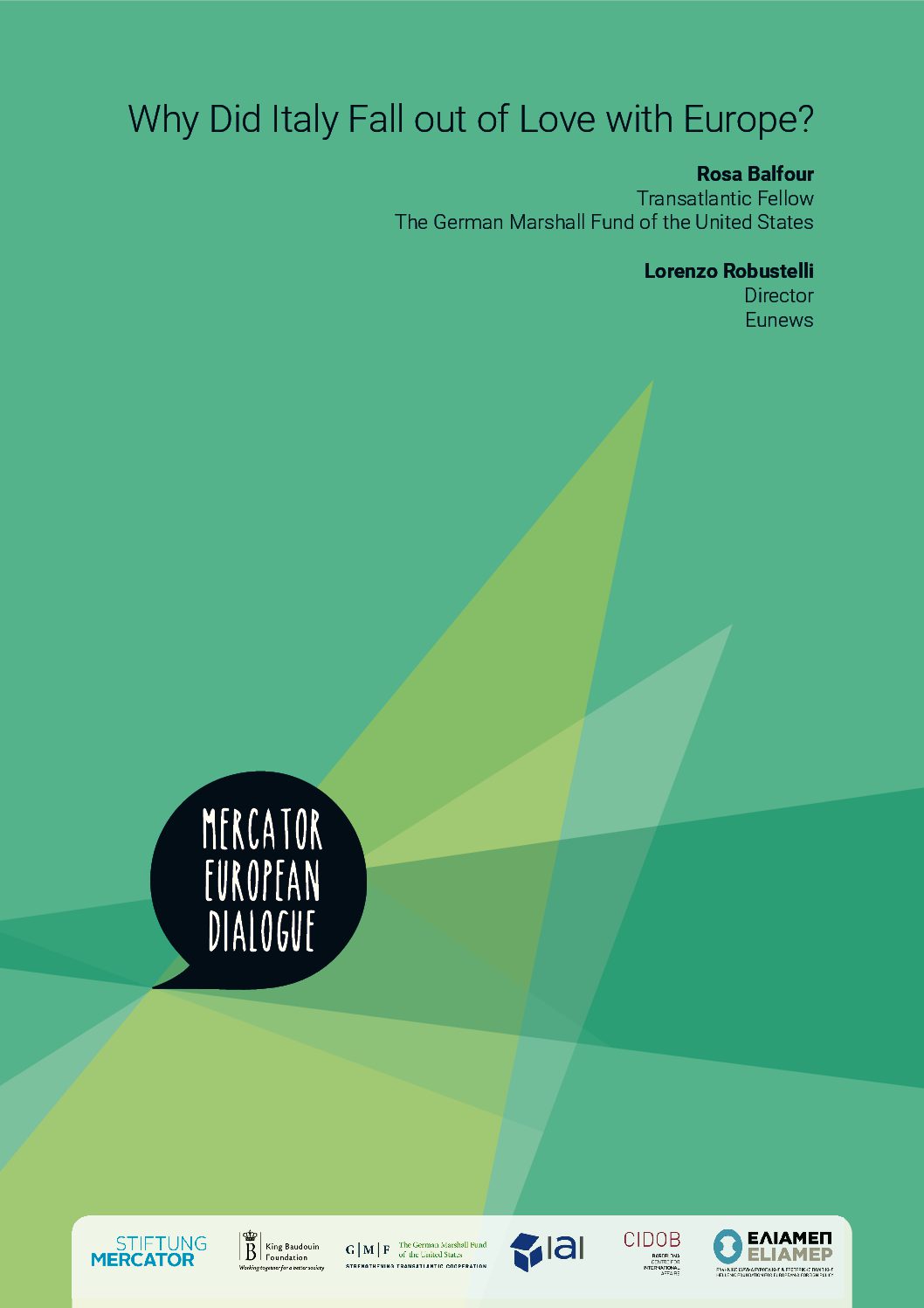 Publication
Why Did Italy Fall Out of Love with Europe?
Publication
by Rosa Balfour, Transatlantic Fellow at the German Marshall Fund; and Lorenzo Robustelli, Director of Eunews

Italy’s struggles with the EU’s management of migration and the economy are emblematic of dilemmas that pertain to other countries as well. Addressing them would be in the interest of not just Italy, but the entire Union.
Download PDF
BECOME A PART OF OUR NETWORK.
If you are a member of parliament in Europe and are interested in joining our network, please fill out this form and we will get back to you.
Please fill in all required fields.
We use cookies on our website to give you the most relevant experience by remembering your preferences and repeat visits. By continuing, you consent to the use of cookies.
OK
Manage consent