Brexit: by Design or by Default? Assessing the State of the Withdrawal Process

To recommence the Brexit talks after the summer, the DCU Brexit Institute in Dublin partnered up with the MED to organise a panel debate on the possibility of a no-deal Brexit.

In partnership with the DCU Brexit Institute, the Mercator European Dialogue convened in Dublin to offer a space in which different perspectives on the development of the Brexit negotiations could be shared. At this full day event, network members from the UK, the Netherlands, Ireland and the Czech Republic expressed their views on the negotiations process, the involvement of national parliaments, and possible outcome scenarios. The theme of the event revolved around the possibility of a no-deal Brexit, which has become the default option in the case of disagreement between the UK and the EU. At the end of the day, Danuta Hübner, the Chairwoman of the European Parliament Constitutional Affairs Committee, closed the event with a keynote speech.

A report of the event, written by the founding director of the DCU Brexit Institute Federico Fabbrini, can be found below. 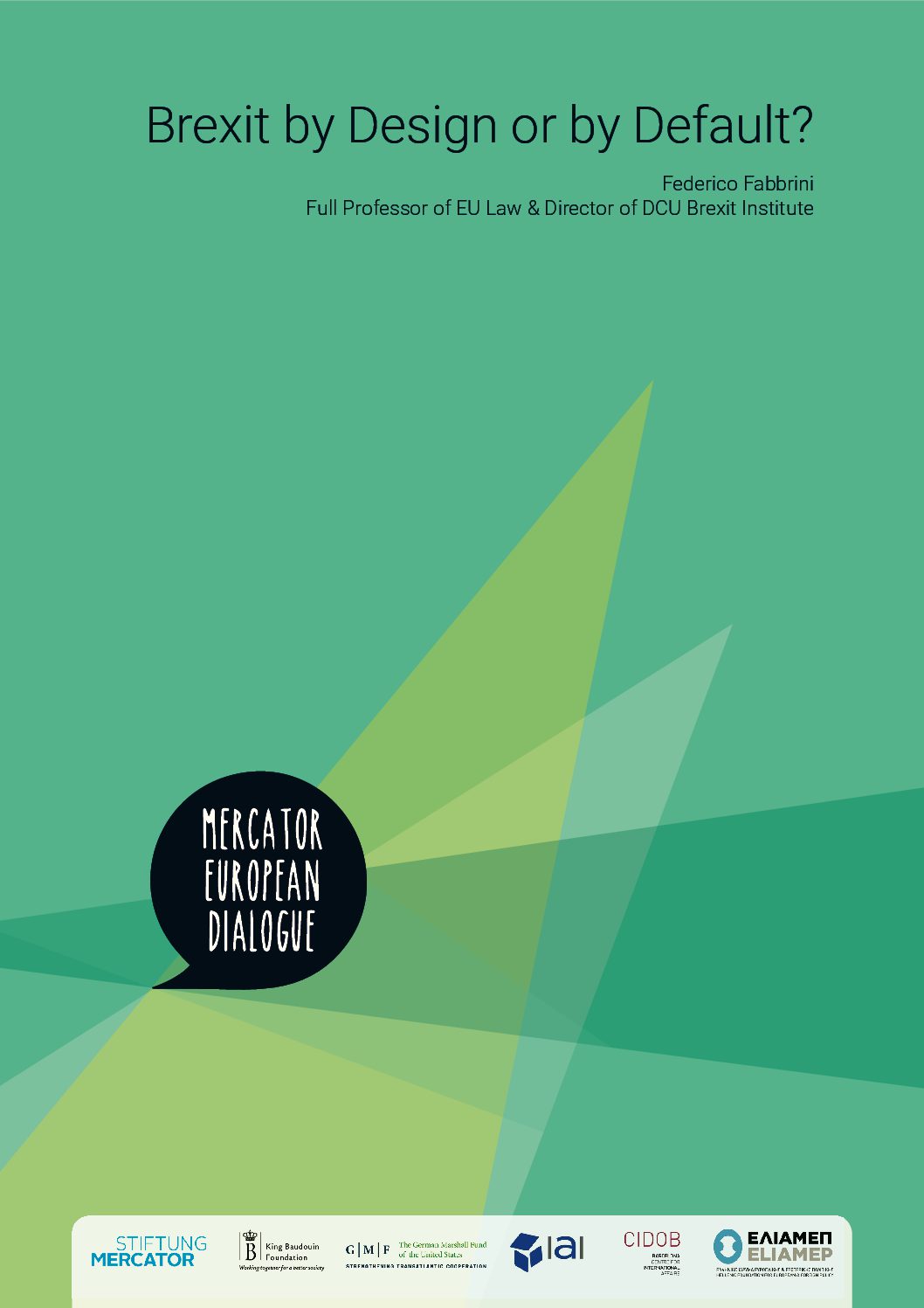 Publication
Brexit by Design or by Default?
Publication
by Federico Fabbrini, Director of DCU Brexit Institute

In December 2017, the European Commission concluded that sufficient progress had occurred in the first phase of the Brexit negotiations, opening the way to preliminary talks on the framework for future EU-UK relations.
Download PDF
BECOME A PART OF OUR NETWORK.
If you are a member of parliament in Europe and are interested in joining our network, please fill out this form and we will get back to you.
Please fill in all required fields.
We use cookies on our website to give you the most relevant experience by remembering your preferences and repeat visits. By continuing, you consent to the use of cookies.
OK
Manage consent