Threat Perceptions and Scenarios for European Security and Defense

MPs represented states from a variety of geographical regions that face very different threats. The OED Threat Perceptions workshop allowed network members to candidly share concerns with colleagues across both regional and political divides, highlighting the wide range of security challenges that Europe faces today. Discussions included challenges and opportunity for the Common Security and Defense Policy, relations between the EU and NATO, and the importance of strategic communications in communicating and implementing defense strategies.

To see the outcomes report and other material visit the event linked below. 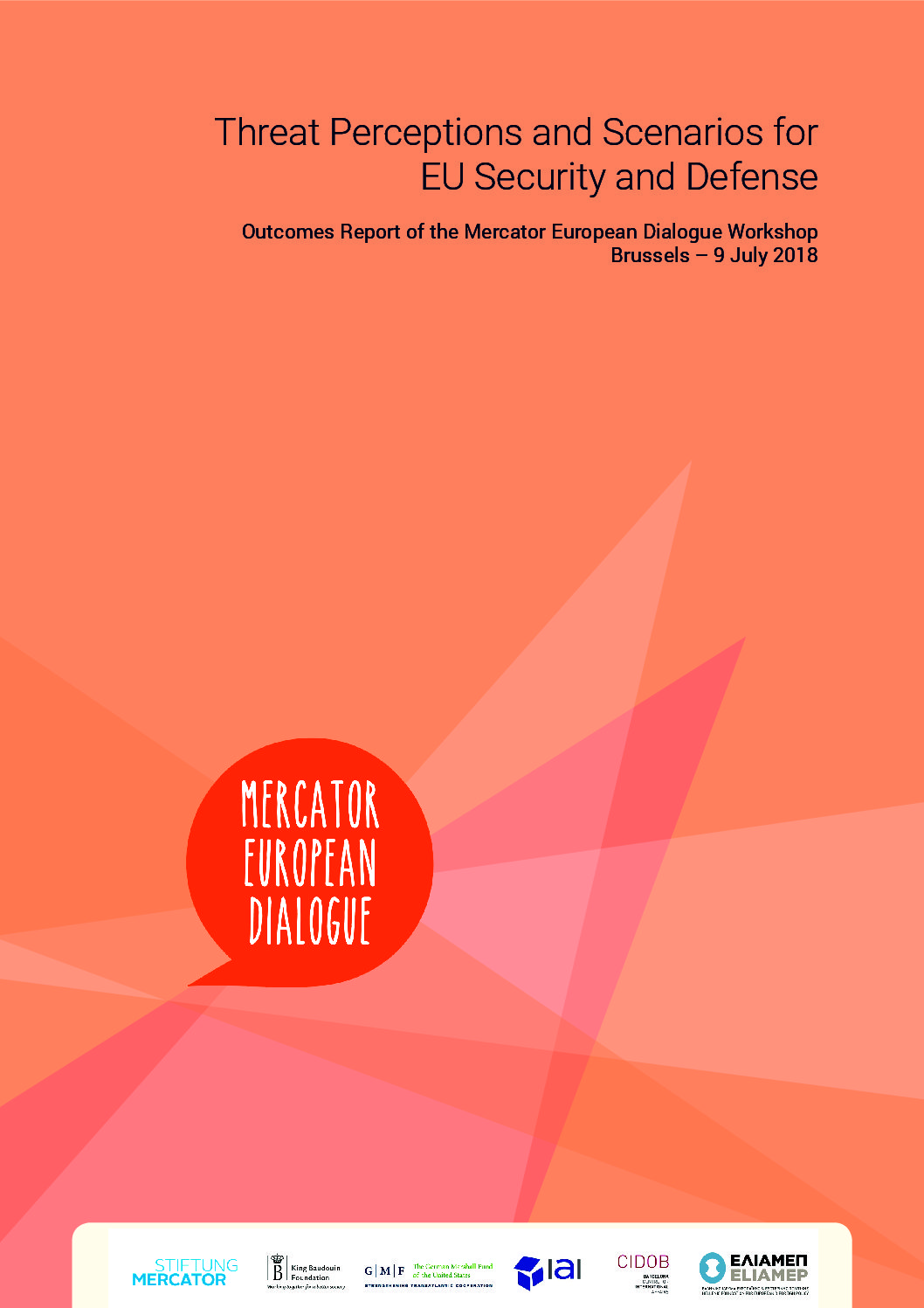 Outcomes Report
Threat Perceptions and Scenarios for the EU’s Security and Defense
Outcomes Report
from the Mercator European Dialogue Workshop in Brussels, 9 July 2018

Our network comes together with experts to to discuss key risks and opportunities on common EU security. How does parliamentarians perceive shared threats and how do they communicate them to their constituencies?
Download PDF
BECOME A PART OF OUR NETWORK.
If you are a member of parliament in Europe and are interested in joining our network, please fill out this form and we will get back to you.
Please fill in all required fields.
We use cookies on our website to give you the most relevant experience by remembering your preferences and repeat visits. By continuing, you consent to the use of cookies.
OK
Manage consent