On 2-3 May 2019, 18 Members of Parliament from 12 different EU member states came together in Barcelona to discuss fact-checking, disinformation and fake news in the context of the upcoming European elections and beyond.

The participants – coming from countries like Spain, Germany, France, Romania, Croatia, Bulgaria and Estonia – all had direct experiences with misinformation or disinformation campaigns, including some using new technologies such as “deepfake” videos.

Guided by Carme Colomina (Researcher at CIDOB), Marc Cases (Founder of Think O’Clock), Katarína Klingová (Senior Research Fellow at GlobSec) and Lorenzo Marini (Journalist at VerifiCat), MPs discussed how to counter negative depictions of European politics while simultaneously addressing citizens’ concerns in election campaigns at different levels, including in the run-up to the European elections.

The consensus was that often, fact-checking strategies do not constitute an adequate response on their own. Instead, more efforts should focus on the drafting of new legislation and the creation of alternative narratives emphasizing the values Parliamentarians and, more generally, the EU stand for.

There is no one size fits all solution to the problem, but while Member States have adopted different approaches to tackling disinformation, participants agreed that involving a wide variety of actors was key to ensuring accountability and building resilience to strengthen credibility. As legislation tackling this phenomenon is in its early stages everywhere, room for improvement remains. This could constitute a window of opportunity for MPs to bring their newfound insights to the table and to shape the discussion in their home countries.

“When dealing with fake news, we shouldn’t fall into the trap of countering with the same mechanisms, but instead reframe and bring in new angles” – MP, Member of the Mercator European Dialogue, 3 May 2019

> To see the agenda and other material visit the event linked below. 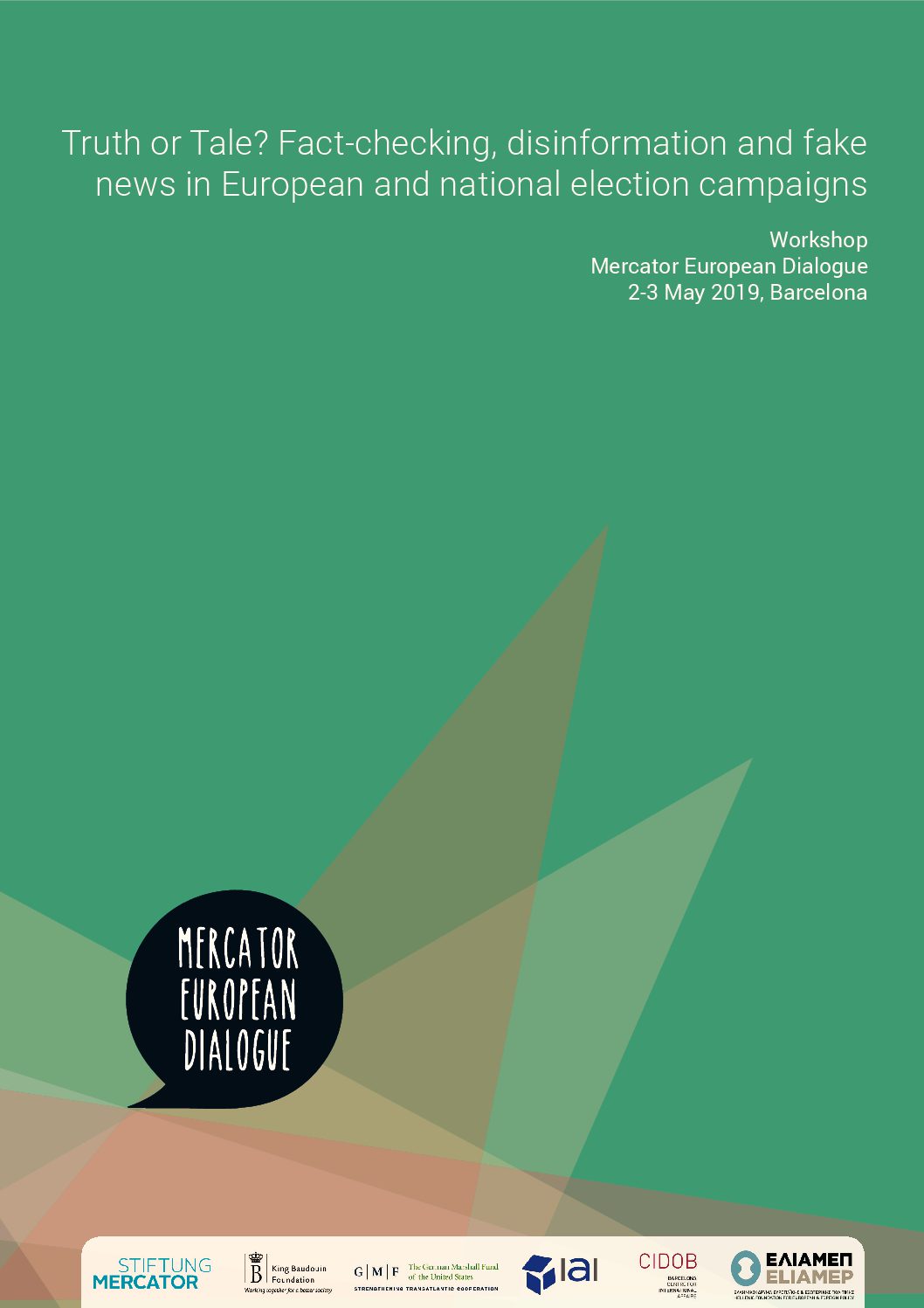 Today, the proliferation of fake news is a top concern among Europeans. Members of network come in to discuss fact-checking, disinformation, and fake news in the context of the upcoming European Parliament elections and beyond.
Download PDF
BECOME A PART OF OUR NETWORK.
If you are a member of parliament in Europe and are interested in joining our network, please fill out this form and we will get back to you.
Please fill in all required fields.
We use cookies on our website to give you the most relevant experience by remembering your preferences and repeat visits. By continuing, you consent to the use of cookies.
OK
Manage consent